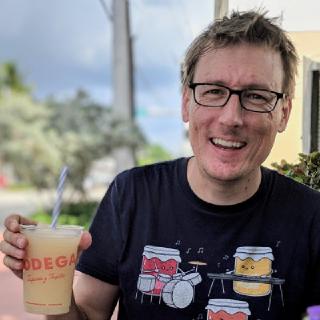 I’m an Australian, living in Sydney.

I mostly work on software.

I have lots of experience at startup-type companies, working across the whole product stack from design, development, testing to deployment and shipping products.

I’ve done Android apps with both Java and Kotlin. I’m excited by functional programming too.

I know enough Javascript and front end web technology to be dangerous, and I’m happy to dive into the latest framework of the day.

I know which end to hold a soldering iron and can read a schematic.

I like working on things that make a difference, making a positive impact on the world while broadening my experience with new technology.

I reluctantly have a LinkedIn.

I have a few (mostly abandoned) side coding projects at github.com/akent.

I worked on some patents.

I did Computer Science at Sydney University. I also have an Arts degree in Politics and Journalism.

I like solving problems in the most sensible and obvious way possible.

I want to solve your problems, too.

You should email me: a@akent.org

It’s almost Valentine’s Day, and, long story short, I volunteered to run a “photobooth” for my kid’s school class party. The props and backdrop were easy enough, but who really wants to use an expensive Polaroid-type film camera these days? So I cooked up another solution. What if I could use a digital camera, transfer photos wirelessly to my laptop and display them in an almost real-time slideshow on a large screen that the classroom already had? Read more